Relative density is an important state parameter that influences the soil behavior. Preparation of sand specimens with uniform density is critical during large-scale laboratory testing in geotechnical engineering. In this study, the details of a stationary air pluviation device used to prepare uniform sand specimens in a large-size test chamber with dimensions equal to 900 mm × 900 mm × 1000 mm (in length, width, and depth) are provided. The proposed device is found to be simple to construct due to presence of only two diffuser sieves with an ability to produce uniform sand beds in a reasonably quick time. Prior to construction of full-scale pluviation device, a scaled-down model of the device with plan dimensions equal to 300 mm × 300 mm is fabricated to perform calibration studies. The range of densities of two gradations of Indian Standard sand (IS Grade II and IS Grade III) obtained using this device for various heights of fall of sand particles and passing through different opening sizes are provided. Relative density in the range of 53–99 % and 74–99 % is achieved for IS Grade II and III sands, respectively. The spatial uniformity in densities is also assessed, and the coefficient of variation (COV) in the density is found to be less than about 7 %. In addition to pluviation method, uniform sand beds are also prepared using pneumatically-operated vibratory method. The target relative density of sand bed is achieved by adjusting the pressure of compressed air inside the vibrator, and the maximum relative density of IS Grade II and Grade III sands from vibratory method is found to be higher than that from pluviation method for the range of pressures chosen in the study. 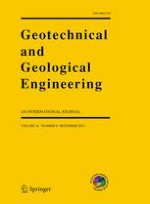