Since recommendation systems play an important role in the current situations where such digital transformation is highly demanded, the privacy of the individuals’ collected data in the systems must be secured effectively. In this paper, the vulnerability of the existing query framework for the recommendation systems is identified. Thus, we propose to apply the well-known k-anonymity model to generalize the given recommendation databases to satisfy the privacy preservation constraint. We show that such data generalization problem which minimizes the impact on data utility is NP-hard. To tackle with such problem, an algorithm to preserve the privacy of the individuals in the recommendation databases is proposed. The idea is to avoid excessive generalizing on the databases by forming a group of similar tuples in the databases. Thus, the impact on the data utility of the generalizing such group can be minimized. Our work is evaluated by extensive experiments. From the results, it is found that our work is highly effective, i.e., the impact quantified by the data utility metrics and the errors of the query results are less than the compared algorithms, and also it is highly efficient, i.e., the execution time is less than the result of its effectiveness-comparable algorithm by more than three times. 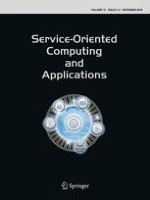