Influence maximization is the problem of finding a subset of nodes that maximizes the spread of information in a social network. Many solutions have been developed, including greedy and heuristics based algorithms. While the former is very time consuming that might be impractical in many cases, the later is feasible in terms of computational time, but its influence spread is not guaranteed because of limitations in the algorithm. In this study, we propose a new heuristic algorithm which considers the propagation probabilities of nodes in the network individually and takes into account the effect of multi-hop neighbors, thus, it can achieve higher influence spread. A realistic network model with non-uniform propagation probabilities between nodes is assumed in our algorithm. We also examine the optimal number of hops of neighbors to be considered in the algorithm. Experiments using real-world social networks showed that our proposed method outperformed the previous heuristic-based approaches. 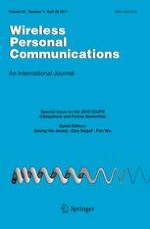