Cache timing channels operate stealthily through modulating the cache access latencies, and exfiltrate sensitive information to malicious adversaries. Among several forms of such timing channels, covert channels are especially dangerous since they involve two colluding processes (namely, the trojan and spy), and are often difficult to stop or prevent. In this article, we propose and demonstrate PrODACT, a low-cost mitigation mechanism using hardware prefetchers to defend against cache-based timing channels. Our detection mechanism first identifies the target cache sets that are being exploited by the adversaries, and then the counterattack mechanism fetches cache blocks to obliterate the pattern of cache accesses (misses and hits) created to construct timing channel between the trojan and the spy. We evaluate PrODACT on different classes of cache timing channel protocols that use different numbers of cache block groups for covert communication in a round-robin or parallel fashion. We observe that the cache timing channels suffer an average 50% bit error rate (with a minimum of at least 30%) which makes it very difficult or impossible for spy to decipher any useful information. 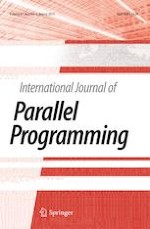