With the rapid development of neural architecture search (NAS), researchers found powerful network architectures for a wide range of vision tasks. Like the manually designed counterparts, we desire the automatically searched architectures to have the ability of being freely transferred to different scenarios. This paper formally puts forward this problem, referred to as NAS in the wild, which explores the possibility of finding the optimal architecture in a proxy dataset and then deploying it to mostly unseen scenarios. We instantiate this setting using a currently popular algorithm named differentiable architecture search (DARTS), which often suffers unsatisfying performance while being transferred across different tasks. We argue that the accuracy drop originates from the formulation that uses a super-network for search but a sub-network for re-training. The different properties of these stages have resulted in a significant optimization gap, and consequently, the architectural parameters “over-fit” the super-network. To alleviate the gap, we present a progressive method that gradually increases the network depth during the search stage, which leads to the Progressive DARTS (P-DARTS) algorithm. With a reduced search cost (7 hours on a single GPU), P-DARTS achieves improved performance on both the proxy dataset (CIFAR10) and a few target problems (ImageNet classification, COCO detection and three ReID benchmarks). Our code is available at https://github.com/chenxin061/pdarts. 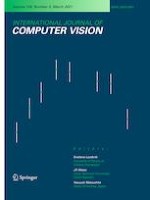