This study develops a neurocomputational architecture for grammatical processing in language production and language comprehension (grammatical encoding and decoding, respectively). It seeks to answer two questions. First, how is online syntactic structure formation of the complexity required by natural-language grammars possible in a fixed, preexisting neural network without the need for online creation of new connections or associations? Second, is it realistic to assume that the seemingly disparate instantiations of syntactic structure formation in grammatical encoding and grammatical decoding can run on the same neural infrastructure? This issue is prompted by accumulating experimental evidence for the hypothesis that the mechanisms for grammatical decoding overlap with those for grammatical encoding to a considerable extent, thus inviting the hypothesis of a single “grammatical coder.” The paper answers both questions by providing the blueprint for a syntactic structure formation mechanism that is entirely based on prewired circuitry (except for referential processing, which relies on the rapid learning capacity of the hippocampal complex), and can subserve decoding as well as encoding tasks. The model builds on the “Unification Space” model of syntactic parsing developed by Vosse and Kempen (Cognition 75:105–143, 2000; Cognitive Neurodynamics 3:331–346, 2009a). The design includes a neurocomputational mechanism for the treatment of an important class of grammatical movement phenomena. 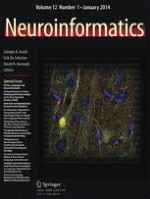 Information Processing in the Mirror Neuron System in Primates and Machines

Action, Language and Neuroinformatics: An Introduction