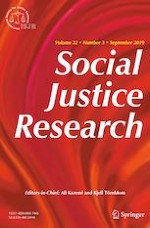 Self-Objectification, System Justifying Beliefs, and the Rise of Labiaplasty