The politics of difference - also named race or racism in various critical discourses - is the focus of this essay. The charge of being deviant, uncultured, “illegal” and out of place is leveled in a variety of ways, by those who claim the status of natural belonging, against subordinated and marginalized groups - from immigrants recently arrived in a place, to ancient inhabitants driven away from their lands and property and opportunities. The issue is not one of race but of racism, or what I describe as the deployment of difference. Whether grounded in genetic or biological condition, as it was in the 19th and early 20th centuries, or described more euphemistically as very deeply rooted (even if its sources supposedly lie in “history” and “culture”), the proposition commonly is that the difference at hand is not really bridgeable - at least in the foreseeable future. The deployment of such arguments of radical, incommensurable difference very often marks a shifting of weight from a barely acknowledged to a much more palpable prejudice and discrimination. A disdainful tolerance of groups that were generally ignored, that counted for little and sometimes remained literally uncounted, gives way to an increased marking and targeting of otherised communities.

Titel
Racialization of Subaltern Populations Across the Globe: the Politics of Difference
Autor:
Gyanendra Pandey 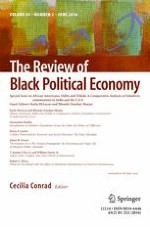 India’s Color Complex: One Day’s Worth of Matrimonials

African Americans, Dalits and Tribals: a Comparative Analysis of Subaltern Communities in India and the U.S.A.

What are You Mixed with: the Effect of Multiracial Identification on Perceived Attractiveness