Aiming at the difficulty of extracting radio fingerprint feature caused by insufficient traditional training method under small labeled sample prerequisite, the deep autoencoders regularized by marginal Fisher analysis algorithm for radio fingerprint extraction is proposed. Based on deep autoencoders, the training procedures was divided into two parts: unsupervised pre-training and supervised finetuning based on marginal Fisher analysis. In the algorithm, firstly the individual information of radio classes in large amounts of unlabeled signal samples was extracted, whose information was then applied on model optimal parameters learning by deep autoencoders. Then the trainable parameters were analyzed by marginal Fisher method with the assistant of labeled samples to improve the discriminant capability of fingerprint feature between radio individuals of the same model. The classification experiment was operated on several communication radio signal dataset. The results proved that the differences of radio individuals of the same model can be represented effectively through the algorithm proposed. 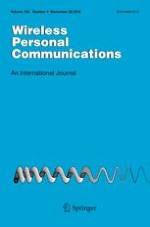 Approaches in Cultural Computing: A Survey and Inference from Social Computing with Dynamics of Mind