Advancement in technology causes the rise in smart systems. City authorities want to make their cities smarter by making an intelligent decision at real time without the involvement of humans. Monitoring and controlling city traffic is one of the major challenges faced by the authorities. These days, city traffic is monitored by static network cameras deployed on few places of highways. Most of the vehicles are also equipped with cameras to store the videos as a black box. However, monitoring and controlling city traffic by using these thousands of cameras produce an overwhelming amount of high-speed videos, which is challenging to process at real time. Therefore, in this paper, we proposed a system to control city traffic by identifying illegal traffic behaviour, such as illegal U-turn, through continuous monitoring of city traffic. The continuous city traffic is monitored by the network static cameras placed on the road as well as by all the vehicles’ cameras. An architecture is proposed to handle high-speed vast volume of real-time videos efficiently. For that, the two-level parallelism is achieved with the combination of Hadoop and graphics processing unit (GPU) while processing each frame using parallel environment of Hadoop and each block of a frame using GPU. MapReduce Hadoop programming paradigm is not suitable for real-time processing. Thus, we proposed a parameter calculation algorithm that is equivalent to MapReduce mechanism for image processing while dividing the images/frames into fixed-size blocks. We analyzed the city road traffic, which is collected by static cameras placed on various roads and also by vehicles’ cameras while running on the road. Later, the illegal traffic behaviour are recognized, e.g. illegal U-turn, drunken drive, zig-zag drive, over-speed, etc. Finally, the efficiency of the designed system and algorithms are tested by considering the overall running time and system’s throughput with respect to video duration as well as the number of frames. The findings indicate that the proposed architecture with GPU-based algorithm over the Hadoop system perform extraordinary. 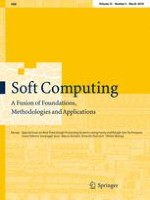