In software maintenance, after modifying the software a system needs regression testing. Execution of regression testing confirms that any modified code has no adverse effect as well as does not introduce new faults in the existing functionality of the software. When working with object-oriented programming code-based testing is generally expensive. In this study, we proposed a technique for regression testing using unified modeling language (UML) diagrams and code-based analysis for object-oriented software. In this research work, the design and code based technique with an evolutionary approach are presented to select the best possible test cases from the test suite. We used the dependency graph for intermediate representation for the objectoriented program to identify the change. The selection of test cases is done at the design level using the UML model. The models are compared to identify the change between these two models. The proposed approached maximizes the value of APFD. 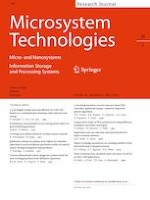