Integrating the large number of transistor in a single chip leads to significant improvement on the performance of processors. More performance is achieved by putting multiple CPU cores on a single chip which is named as chip multiprocessor (CMP) architecture. On the other hand, miniaturization and integration of the large number of transistors in new silicons such as CMPs increase susceptibility to soft errors and degrade the reliability. Previous researches have exploited traditional redundancy techniques such as dual and triple cores redundancy to tolerate fault in CMP architecture while these methods impose significant performance and energy overheads. In this paper, we present a performance efficient soft error protection scheme for CMP architecture which is based on simultaneous multithreading. Fortunately, some of soft errors are masked at architectural level and don’t cause visible output error. Soft error masking effect can be used to decrease a lot of overheads in reliability enhancement techniques against soft errors. Recently, architectural vulnerability factor (AVF) is widely used for estimating the portion of soft errors which are masked. In this article, we propose a reliability aware CMP architecture which use online AVF estimation to specify level of protection. To meet system reliability demands, the estimated AVF is used to exploit partial redundancy against soft errors which leads to significant performance improvement. Also, we introduce a dynamic scheduling method for mapping threads on the cores to enhance total throughput of CMP architecture. Our dynamic scheduling applies thread migration among cores by simultaneous considering to the total vulnerability and throughput of cores. Thread migration between cores balances loads between cores and improves performance. Our experimental results on SPEC CPU2006 show up to 38 % improvement in core throughput in different phases of thread migration compared to static mapping of threads on the cores. 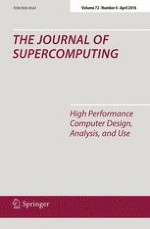