Technical advances and reduced technology costs have led to a significant increase in the use of renewable energy-based distributed generators (DGs) in the existing distribution grids. Modern distribution grid operation is also related to the efforts and incentives to influence changes in customers’ behavior and load use, known as demand side management (DSM). The effective implementation of renewable energy source (RES)-based DGs and DSM, particularly in microgrid operating modes, may benefit customers and distribution networks. This changes in the reliability performance of distribution networks owing to the integration of wind and photovoltaic DGs are evaluated in this study along with the implementation of load shifting and peak clipping DSM schemes for residential, commercial, and industrial load sectors. A reliability evaluation is based on energy not supplied and unavailability (hours per year), calculated by considering the seasonal changes in wind speed and solar irradiation, which are represented by their corresponding Weibull distribution functions. Load variations are incorporated using a normal distribution function. The reliability performances of different RES-based DGs and DSM schemes are evaluated using the non-sequential Monte Carlo simulation approach for modeling the random occurrence of faults in the system resulting in customer interruptions with the corresponding repair times required to restore the supply. 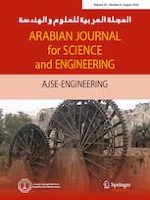 A Survey on Secure Transmission in Internet of Things: Taxonomy, Recent Techniques, Research Requirements, and Challenges

Intelligent Analysis of Arabic Tweets for Detection of Suspicious Messages