In order to solve the multi-objective job shop scheduling problem effectively, this paper proposes a greedy strategy to establish the mathematical model of minimizing the maximum completion time, the average flow time and the machine idle time. The algorithm sets up a dual-population structure: leading-population and searching-population. Firstly, the algorithm calculates the fitness values of every particle for each population for the three objectives, and the optimize solutions will be incorporated in the individual optimal value set and the global optimal value set accordingly. Then the algorithm performs a crossover operation which includes two types: one is the leading-cross to lead the searching-population to convergence to the optimal solution quickly, and the other is intro-population crossover of each population in order to increase the diversity of individuals. The mutation operation of each population is followed to further enhance the diversity of individuals. And the simulated annealing algorithm is employed to avoid the algorithm falling into the local optimum effectively. The simulation experiments of various scale instances are carried out and compared with the simulation results of the other two popular algorithms to verify the effectiveness of the algorithm. The simulation results show that the proposed algorithm is superior to the other two algorithms in both the quality of the solution and the time-consuming. 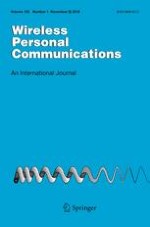