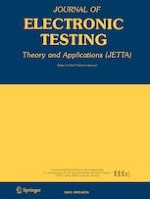 Spectrum Analyzer Based on a Dynamic Filter