In this paper a robust hybrid observer-based hybrid adaptive fuzzy controller for large-scale multiple-input multiple-output (MIMO) systems with affine and nonaffine form in the presence of input saturation is presented. Based on an arbitrary control gain matrix, a hybrid control scheme is designed to avoid the possible singularity problem. The proposed control method is very simple, effective and robust. The states of the system and the mathematical model of the system under control do not need to be well known. An observer-based adaptive fuzzy system based on strictly positive real (SPR) theory is applied to approximate the system states, but it does not require SPR conditions to be known identified. A robust control term is utilized to compensate the both uncertainties and observer errors and attenuate the residual error to the desired level. Finally, to display the applicability and efficiency of the proposed control method, a MIMO affine system and a MIMO nonaffine system with input saturation are applied in simulations. 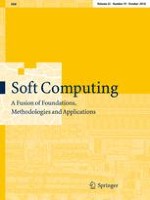 Event-based transformations of capacities and invariantness