Classification on imbalanced data performs inferiorly because of a major reason that the best differentiation threshold shifts due to the degree of data imbalance. To address this decision threshold shifting issue, three operating point selection strategies, i.e., shortest distance, harmonic mean and anti-harmonic mean, are proposed and their performances are investigated.

Based on the above experiments, the gain of our proposed strategies is noticeable: the sensitivity improved from 0.5 to around 0.88 for RFs and 0.89 for SVM while remaining a relatively high level of specificity, i.e., 0.92 for RFs and 0.90 for SVM. The performance of our proposed strategies was adaptive and robust with different levels of imbalanced data. This indicates a feasible solution to the shifting problem for favorable sensitivity and specificity in CAD of polyps from imbalanced data. 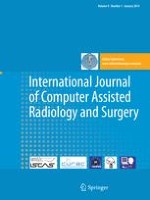