A two-hop relaying system for secrecy cooperative communication in the presence of an eavesdropper is investigated, where each relay node is equipped with a unitary matrix and cooperates to transmit the received signals, which can partly mitigate the deep channel fade. Gaussian distributed artificial noise (AN) is added in the null space of the intended receiver to ensure the secrecy of communication and achieve a better secrecy capacity while only the wiretap channel is degraded. The secrecy capacity and the optimal power distribution are studied in two scenarios, AN added by the transmitter and AN added by the cooperative relay nodes. Also, a sub-optimal power distribution strategy independent of the channel state information of eavesdropper is proposed to alleviate the computational overhead. The analytical results are confirmed by simulations that it is better to distribute more power to the available signals if the main channel is better, while more power to AN if the wire-tap channel is better. The sub-optimal power distribution can attain close performance compared with the optimal power distribution strategy but with substantially reduced computational complexity. 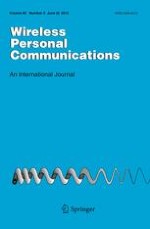 Complexity Reduction of Convolutional and Turbo Decoding Based on Reliability Thresholds