Self Healing Controllers to Mitigate SEU in the Control Path of FPGA Based System: A Complete Intrinsic Evolutionary Approach | springerprofessional.de Skip to main content
SUCHE MENÜ 1 2 3 4

Single event upsets (SEU) are the transient errors that occur during the operation of the circuit. High radiation in the space environment and its invasion of the nanoelectronics can result in a bit-flip in the combinational circuits and may cause a stuck-at fault in the sequential circuit. Faults are unacceptable for any application, especially SEU in the control path, which is crucial and imperative since it can lead to functional or even mission failure. As a result, this paper proposes a bio-inspired technique based on a modified heuristic-guided genetic algorithm to mitigate error at the Finite State Machine (FSM), which is the controller’s behavior model. The proposed architecture performs an optimized functional level evolution of the FSM intrinsically on ProAsic3e FPGA boards without the help of System-on-Chip (SoC). Due to this, the delay caused by extrinsic and hybrid evolution has been reduced. The proposed heuristic-guided genetic algorithm recovers the fault in the control circuit with less convergence time when compared to the standard genetic algorithm. The resource utilization of the proposed evolvable hardware system has reduced costs compared to traditional functional evolution.
Anzeige 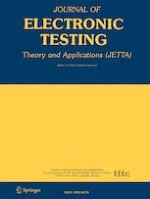