In this paper, we propose the use of a semantic image, an improved representation for video analysis, principally in combination with Inception networks. The semantic image is obtained by applying localized sparse segmentation using global clustering prior to the approximate rank pooling, which summarizes the motion characteristics in single or multiple images. It incorporates the background information by overlaying a static background from the window onto the subsequent segmented frames. The idea is to improve the action–motion dynamics by focusing on the region, which is important for action recognition and encoding the temporal variances using the frame ranking method. We also propose the sequential combination of Inception-ResNetv2 and long–short-term memory network (LSTM) to leverage the temporal variances for improved recognition performance. Extensive analysis has been carried out on UCF101 and HMDB51 datasets, which are widely used in action recognition studies. We show that (1) the semantic image generates better activations and converges faster than its original variant, (2) using segmentation prior to approximate rank pooling yields better recognition performance, (3) the use of LSTM leverages the temporal variance information from approximate rank pooling to model the action behavior better than the base network, (4) the proposed representations are adaptive as they can be used with existing methods such as temporal segment and I3D ImageNet + Kinetics network to improve the recognition performance, and (5) the four-stream network architecture pre-trained on ImageNet + Kinetics and fine-tuned using the proposed representation achieves the state-of-the-art performance, 99.1% and 83.7% recognition accuracy on UCF101 and HMDB51, respectively. 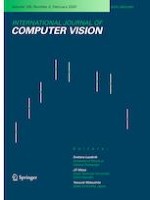