As one of the most promising nonlinear unsupervised dimensionality reduction (DR) technique, the Isomap reveals the intrinsic geometric structure of manifold by preserving geodesic distance of all data pairs. Recently, some supervised versions of Isomap have been presented to guide the manifold learning and increase the discriminating capability. However, the performance may deteriorate when there is no sufficient prior information available. Hence, a novel semi-supervised discriminant Isomap (SSD-Isomap) is proposed in the paper. First, two pairwise constraints including must-link and likely-link (LL) are used to depict the neighborhoods of data points. Then, two graphs are constructed based on the two constraints, and distances between points belonging to the LL constraint are modified by a scale parameter. Finally, the geodesic distance metric is obtained based on the graphs, and the corresponding optimal nonlinear subspace is sought. The performance of SSD-Isomap is evaluated by extensive experiments of data visualization, image retrieval and classification. Compared with other state-of-the-art DR methods, SSD-Isomap presents more accurate and robust results. 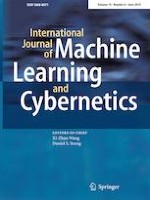