The East Port Said region, one of the most vibrant areas in the East Nile Delta, is a strategic economic zone that is receiving growing local and global investments. The near surface formations, however, typically comprise very soft clays deposited during the Holocene epoch. Collecting undisturbed samples and conducting laboratory evaluation of these sensitive soils could be cumbersome, inaccurate, and uneconomical. Therefore, the use of in-situ cone penetration test (CPT) provides a viable and convenient characterization alternative. This study attempts to establish site-specific correlations between the measurements of the static CPT and shear wave velocities (Vs) furnished by seismic piezocone soundings. The mathematical regressions were developed utilizing a number of measurements and factors, namely, tip resistance, sleeve friction, effective stress, depth, voids ratio, and soil behavior type index. The proposed correlations demonstrate different levels of predictability, with a few warranting confidence in employing static CPT for estimation of Vs profile in this region. Two correlations, one utilizing void ratio and tip resistance and the other employing sleeve friction solely, have shown to provide the most reliable Vs predictions for the soft clay in the East Nile Delta. 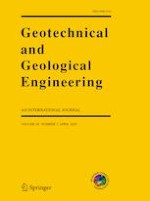