Person re-identification (re-id) plays an important role in video surveillance and forensics applications. In many cases, person re-id should be conducted between video clips, i.e., given a query pedestrian video from one camera, the re-id system should retrieve the video clips containing the same person from other cameras. However, person re-id between videos, which we call video-based person re-id, has not been well studied. In this paper, we propose a visual-appearance-level and spatial-temporal-level dictionary learning (VSDL) approach for video-based person re-id. Specifically, we first employ two kinds of models to represent each walking cycle in the video, i.e., visual-appearance features of all frames within the walking cycle, and a spatial-temporal feature vector. By separately learning a visual-appearance-level dictionary and a spatial-temporal-level dictionary from two kinds of representations, each walking cycle can be represented as a coding coefficient. To enhance the discriminative ability of the obtained coding coefficients, we design a representation coefficient discriminant term for VSDL. Experiments on the public iLIDS-VID and PRID 2011 datasets demonstrate the effectiveness of VSDL. 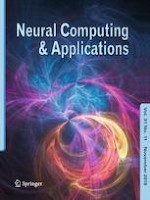