The term landslide defines the “movement of a mass of rock, debris, or earth down a slope.” However, landslides are not limited either to the “land” or to “sliding.” Landslides are natural phenomena that cause societal disruptions when humans place parts of the built environment in their path. Slope instability along transportation routes and in mountain valleys poses dangers and is a source of considerable economic losses. Landslide velocities vary over ten orders of magnitude from extremely slow (a few mm/year) to extremely rapid (more than 5 m/s). Large numbers of fatalities can be expected from very rapid and extremely rapid landslides which move faster than a person can run. In contrast, buildings on “very slow” and “extremely slow” landslides may remain in use for hundreds of years with only minimal damage and repair costs. The volume of individual landslides similarly ranges over many orders of magnitude. The product of landslide volume and speed approximates its “power” (or energy). It is a useful measure of the destructive potential of landslides. Landslides are local events; even the largest and most spectacular landslides exist under the radar and rarely result in national disaster declarations. Landslide losses include direct and indirect costs. Direct costs are damages directly attributable to the landslide. Indirect costs include travel detours, economic restrictions, and environmental impacts. Indirect costs often equal or exceed the direct costs. Activities that prevent or reduce the adverse effects of landslides are termed mitigation. Mitigation includes structural and geotechnical measures, as well as political, legal, and administrative measures to protect endangered populations. Reducing the global impact of landslides on risk-prone populations and critical infrastructure is an economic, social, and environmental necessity. Loss data show that, while losses are increasing everywhere, the consequences are much higher in developing countries than in developed countries. 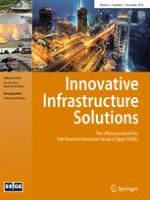