The degradation of irrigated lands through the process of soil salinization, or the buildup of salts in the soil, has hampered recent increases in agricultural productivity and threatens the sustainability of large-scale cultivation in critical agricultural regions of the world. Rapid detection of soil salinity on a regional basis has been identified as key for effective mitigation of such land degradation. The ability to detect regional patterns of soil salinity at an accuracy sufficient for regional-scale resource management is demonstrated using Landsat 5 Thematic Mapper (TM) imagery. A case study of the Mexicali Valley of Baja California, Mexico was selected due to the region’s agricultural significance and concern for future soil salinity increases. Surface soil salinity was mapped using georeferenced field measurements of electrical conductivity (EC), collected concurrently with Landsat 5 TM imagery. Correlations between EC measurements and common indices derived from the satellite imagery were used to produce a model of soil salinity through regression analysis. Landsat band 7, TNDVI, PCA 1, Tasseled Cap 3 and Tasseled Cap 5 were found to offer the most promising correlations with surface soil salinity. Generally low levels of soil salinity were detected, however, distinct areas of elevated surface salinity were detected at levels potentially impacting sensitive crops cultivated within the region. The difficulty detecting low levels of salinity and the mid-range spatial resolution of Landsat 5 TM imagery restrict the applicability of this methodology to the study of broad regional patterns of degradation most appropriate for use by regional resource managers. 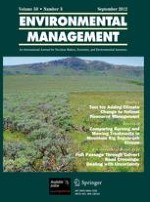 Impact of Community-Based Forest Management on Forest Protection: Evidence from an Aid-Funded Project in Ethiopia

Conservation of Socioculturally Important Local Crop Biodiversity in the Oromia Region of Ethiopia: A Case Study