During a Kolsky bar, also known as a split Hopkinson pressure bar (SHPB), experiment, stress equilibrium and strain rate constancy conditions directly contribute to the measurement quality for rate-sensitive materials. A Kolsky bar specimen is initially at rest, and then gradually accelerated to a desired rate. Stress equilibrium is incrementally achieved by multiple stress pulse reflections inside the specimen to reach the desired mean stress. The critical time to achieve constant strain rate and equilibrium stress depends on the impedance mismatch between the bars and the specimen. This paper examined this critical time based on using linear elastic specimens under uniaxial compression. In the first part, the critical time is experimentally measured for PMMA specimens loaded by aluminum, titanium, and steel bars using linear ramp incident pulses. The results show that increasing impedance mismatch increases the time to reach a constant rate, while the time to satisfy equilibrium remains nearly the same. In the second part, optimal bilinear-shaped incident loadings were evaluated and shown to achieve both conditions faster than linear loadings. The time to satisfy both conditions was mapped via simulation using various bilinear pulses over a wide range of impedance mismatches. The analysis shows bilinear loadings with initial rise time between 1.75 and 2.15 transits in the sample require minimum time to equilibrium. There exists an optimum region of bilinear loadings that can reduce the time to reach constant rate. Within such region, the bilinear slope ratio can be approximated to be a reciprocal function of initial rise time. 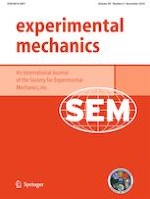