When Hollywood and the press were advised not to offend Germany before Pearl Harbor, The Three Stooges and Captain America punched those recommendations in the nose. When Blacks and civil rights militants were not part of the official American mosaic in the 50’s, Hugh Hefner invited Nat King Cole and Lenny Bruce on the first episode of his Tv show Playboy’s Penthouse. « Popular culture » has often more guts than knighted culture. And this is even more true regarding touchy social topics when one compares the audacity of unexpected American sources such as Starsky & Hutch with French representations at the same time, especially regarding homosexuality. 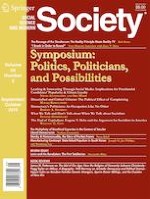 Daniel J. Mahoney, The Idol of Our Age: How the Religion of Humanity Subverts Christianity

Lenin and His Revolution: The First Totalitarian