Chemical looping hydrogen generation using iron oxides as oxygen carriers is a novel technology to convert carbonaceous substances into hydrogen. The reduction characteristics of oxygen carriers greatly impact the process efficiency. In this work, the oxygen carriers of Fe2O3 60wt%/Al2O3 were prepared by physical mixing method. The stepwise reduction kinetics of this material was investigated at 800–1000 °C in a TGA with a thermodynamics-controlled method. For this method, CO/CO2 mixture gases at the volume ratios of 0.11, 1, and 5.67 were selected as fuels to decouple the continuous reduction of Fe2O3→Fe into independent reductions, including Fe2O3→Fe3O4, Fe3O4→FeO and FeO→Fe with little mutual influences. The kinetic mechanisms of Fe2O3→Fe3O4, Fe3O4→FeO and FeO→Fe were well represented by the nucleation and grain-growth function, the diffusion-controlled function and the phase-boundary-controlled function, respectively. Fe3O4→FeO was determined as the rate-limiting step with a lower reaction rate constant (8.89 × 10−6–5.60 × 10−4 s−1) and a higher activation energy (234 kJ/mol). By means of XRD analysis, it was also found that Al2O3, usually regarded as the supported component, became active by forming FeAl2O4 with FeO. At 900–1000 °C, FeAl2O4 impacted on the reduction rate of Fe2+→Fe due to its lower reactivity. 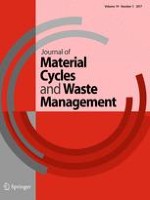 The development of low cost adsorbents from clay and waste materials: a review