Urbanization significantly alters hydrological regimes in cities by reducing infiltration rates and increasing runoff. Stormwater ponds have been constructed in North American cities to mitigate the effects of increased urban runoff by dampening floods and filtering out contaminants. However, these ponds may also provide habitat for wetland species in cities. This study aimed at determining the significance of stormwater ponds as attractive habitats for the adult stages of Odonata (dragonflies and damselflies), widely considered bioindicators of aquatic and wetland ecosystem health. A total of 41 urban stormwater ponds and ten rural natural ponds were sampled across the National Capital Region of Canada. On average, stormwater ponds had fewer species and lower abundance of dragonflies but, in contrast, more species of damselflies. Stormwater ponds had a higher total plant species richness because of a higher number of non-native species. However, some stormwater ponds had similar odonate and plant species assemblages to natural ponds. The variation in odonate abundance and species composition was largely explained by plant community composition and significantly linked to the presence of specific obligate wetland plant species. Overall, this study highlights the importance of wetland features in cities and points to design elements of stormwater ponds that could be implemented to enhance biodiversity and ecosystem services. 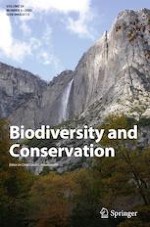 Brazil's vegetation ravage may be encouraged by law