Benign worms have been attracting wide attention in the field of worm research due to the proactive defense against the worm propagation and patch for the susceptible hosts. In this paper, two revised Worm–Anti-Worm (WAW) models are proposed for cloud-based benign worm countermeasure. These Re-WAW models are based on the law of worm propagation and the two-factor model. One is the cloud-based benign Re-WAW model to achieve effective worm containment. Another is the two-stage Re-WAW propagation model, which uses proactive and passive switching defending strategy based on the ratio of benign worms to malicious worms. This model intends to avoid the network congestion and other potential risks caused by the proactive scan of benign worms. Simulation results show that the cloud-based Re-WAW model significantly improves the worm propagation containment effect. The cloud computing technology enables rapid delivery of massive initial benign worms, and the two stage Re-WAW model gradually clears off the benign worms with the containment of the malicious worms. 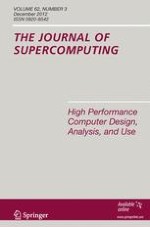 Optimisation of the enhanced distance based broadcasting protocol for MANETs

Energy-efficient networking: past, present, and future