Stream graphs and link streams for the modeling of interactions over time | springerprofessional.de Skip to main content
TOOLBAR 1 2 3 4
SUCHE MENÜ 1 2 3 4

Graph theory provides a language for studying the structure of relations, and it is often used to study interactions over time too. However, it poorly captures the intrinsically temporal and structural nature of interactions, which calls for a dedicated formalism. In this paper, we generalize graph concepts to cope with both aspects in a consistent way. We start with elementary concepts like density, clusters, or paths, and derive from them more advanced concepts like cliques, degrees, clustering coefficients, or connected components. We obtain a language to directly deal with interactions over time, similar to the language provided by graphs to deal with relations. This formalism is self-consistent: usual relations between different concepts are preserved. It is also consistent with graph theory: graph concepts are special cases of the ones we introduce. This makes it easy to generalize higher level objects such as quotient graphs, line graphs, k-cores, and centralities. This paper also considers discrete versus continuous time assumptions, instantaneous links, and extensions to more complex cases. 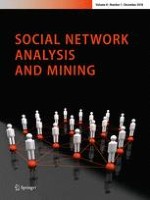 The difference between optimal and germane communities