With the trend toward taller and more flexible building structures, the use of vibration control devices, passive as well as active, as means of structural protection against strong wind and earthquakes have received significant attention in recent years. A mass-damper shaking table system has been considered as means for vibration suppression to external excitation and disturbances. No explicitly system identification of the plant dynamics, no membership function and thus no fuzzification–defuzzification operation are required. For effective control performance, a neural classifier controller with genetic algorithm is developed. Compared with the conventional neural network and fuzzy controller, the neural classifier controller using genetic algorithm has been presented with the effectiveness of the vibration suppression control. Experimental results show that the neural classifier controller remains effective for building structure vibration suppression under free vibration and forced vibration excitation. 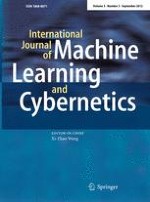