Density functional investigation is carried out on the structure and bonding, stability, electronic, thermodynamic and thermoelectric properties on the six different phases of indium nitride. In addition to the monolayer hexagonal, zinc blende, wurtzite and rock salt, two more new possible phases, viz. caesium chloride and nickel arsenide, are also explored. The calculated crystal parameters for all six phases are compared with available experimental and theoretical values. Band structure and density of states are predicted for understanding their behaviour in metal–insulator–semiconductor domains as well as the contribution of their different atomic orbitals around the valence and conduction band edges. Phonon dispersion curves are generated to understand the dynamical stability of the considered indium nitride phases. Further, a detail comparative study is performed on various thermodynamic and thermoelectric properties of the dynamically stable indium nitride phases. An electron density contour is also generated for the stable phases to understand the nature bonding between indium and nitride in those phases.
Anzeige 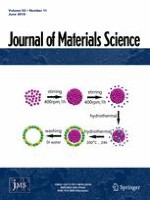