Excessive ground water withdrawal can lead to ground water depletion, and this may have serious social and economic consequences. Attempts to limit groundwater pumping have been commonly based on the concept of safe yield. In this study, in order to evaluate safe yield, short- and long-duration pumping tests have been performed at four different sites (Purulia District, India) on Damodar River bed. The lithological survey was carried out along the river bed at regular intervals from 500 m to 10.5 km, covering a total stretch of 10-km up-stream and 0.5-km down-stream, to determine the soil profile and other soil characteristics. The points, where the maximum depth of porous medium was obtained, were selected for carrying out the pumping yield tests. The appropriate hydrogeologic approaches were employed to estimate the values of aquifer parameters, viz., specific yield (S y), transmissivity(T), and hydraulic conductivity (K) for the aforesaid sites under study, which were found to be in the range of 0.043–0.175, 2082–3983, and 219–603 m/day, respectively. A hypothetical aquifer-stream water interaction system has been developed using GMS software (groundwater modeling system) not only to represent the hydraulic head fluctuations in the groundwater system around well fields but also to quantify the flow rate due to change in river stage, recharge due to rainfall, and also to determine how the surface water could affect groundwater due to pumping. 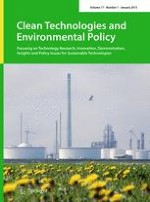