We investigated the effects of a thin titanium (Ti) buffer layer on structural changes and electrical responses of palladium (Pd) thin films. A Ti buffer layer was inserted between a Pd film and the substrate, with varying thickness from 0.5 to 80 nm. Unlike pure Pd films, Ti-buffered Pd films showed no structural deformations after cyclic exposure to hydrogen gas, leading to a linear relationship between sensitivity and hydrogen gas concentration over the measured concentration range of 0 to 2%. This was attributed to the suppression of phase transitions from the α to the β phase in Pd films, due to the reinforced film adhesion by the inserted Ti layer. Our results highlight the practical usability of Pd thin films as reliable and sensible hydrogen sensors, enabled simply by the insertion of a thin Ti buffer layer. 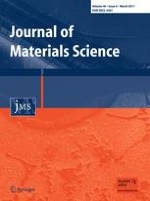