Daily activity monitoring plays an important role among frail or elderly people and has caught attention. Surface electromyography (sEMG) can extract the feature of activity, but it is not stable because of electrode displacement, postural changes, and individual-dependent features, such as the condition of muscles, subcutaneous fat, and skin surface. To effectively extract the feature of sEMG signal, we proposed a new method of feature extraction based on coherence analysis. The sEMG signals were recorded from gastrocnemius, tibialis anterior, rectus femoris, and semitendinosus. After de-noising, sEMG signals were decomposed into 32-scale by wavelet transformation, and their wavelet coefficients were employed to calculate wavelet coherence coefficients (WCC). We employed T test to find out if the coherence between sEMG signals was statistically different among six activities. The 32nd scale WCC of RF–ST and ST–TA as eigenvector was entered into the support vector machine (SVM). The six activities, namely, standing, walking, running, stair-ascending, stair-descending, and falling, were successfully identified by the WCC feature with the SVM classifier. 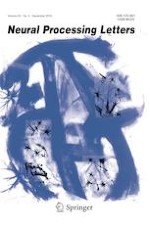