In order to promote the widespread utilization of photovoltaic structures it is critical to increase their conversion efficiency and reduce their manufacturing cost. With these two goals in mind, planar and nanotexturized c-Si photovoltaic devices were built and their radiation incident side was covered with CdTe quantum dots (QDs) dispersed in a poly-methyl-methacrylate thin film ~100 nm thick. The measured performance with and without the CdTe QD layer indicates that the down-shifting photoluminescence (DSPL) of the synthesized QDs triggers an increase in the open circuit voltage and the short circuit current, resulting in an overall improvement of ~1.5 % in the power conversion efficiency of the produced devices. This observation can be understood as a result of decreasing the number of high energy photons that are prone to unproductive near surface absorption in c-Si p-n junction solar cells and the re-emission of lower energy photons that are more effectively bulk-absorbed in c-Si solar cells. The result of lowering the near surface photon absorption represents a reduction of carrier losses due to the high surface recombination velocity as well as the low lifetime that normally plague the diffused side of an active junction device. Additionally, solar cells with a layer of CdTe QDs exhibit a higher external quantum efficiency when compared to devices without the aforementioned quantum dots. Layers of CdTe QDs are economically attractive, highly photostable and their absorption and emission spectra have a strong dependence on particle size, therefore, they lend themselves to providing a broad DSPL spectrum and promoting the proliferation of photovoltaic structures. 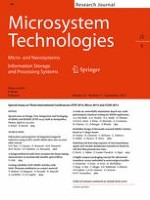