This paper describes the synthesis, functionalization, and characterization of silica gels as mercury adsorbents. The synthesis was carried out according to the modified Stöber method using tetraethyl orthosilicate [TEOS], 3-mercaptopropyl trimethoxysilane [MPTMS] and bis(triethoxysilylpropyl) tetrasulfide [BTEPST] as precursors. The functionalization was carried out via co-condensation and impregnation methods using MPTMS, BTESPT, elemental sulfur [ES], and carbon disulfide [CS2] as sulfur ligands. The choice of the sulfur ligands as precursors and functionalization agents was due to the existence of sulfur active groups in their molecular structures which were expected to have high affinity toward Hg(II) ions. The synthesized adsorbents were characterized by using scanning electron microscope, fourier transform infrared spectrophotometer, nitrogen adsorption/desorption, and energy dispersive X-ray diffractometer. The batch Hg(II) adsorption experiments were employed to evaluate the Hg(II) adsorption performances of the synthesized adsorbents under different pH values. The results revealed that the highest Hg(II) adsorption capacity was obtained for the SG-MPTMS(10) which was 47.83 mg/g at pH 8.5. In general, the existence of sulfur functional groups, especially MPTMS in the silica matrices, gave a significant enhancement of Hg(II) adsorption capacity and the sulfur functionalization via co-condensation method, which is potential as a superior approach in the mercury adsorbent synthesis. 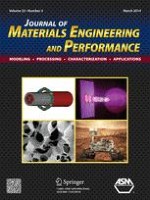