The effect of the substitution of strontium for calcium in the tertiary the SiO2–CaO–P2O5 sol–gel bioactive glass 58S (60SiO2·36CaO·4P2O5, mol%) on its structure and its chemical durability on soaking in simulated body fluids was investigated. 58S was selected as a starting composition, and substitution for calcium was carried out from 0 to 100% with an increment of 25%. A novel phosphate source of diethylphosphatoethyltriethoxysilane, which consists of Si and P connected with ethylene group, was used in this work. XRD and FTIR showed that the gels obtained following drying at 130 °C had a typical sol–gel structure, where a continuous amorphous silica gel network and surface bound mineral salts of Ca(NO3)2 and Sr(NO3)2. Once the gels were heat stabilised to decompose nitrates and incorporate the cations into the network, samples containing Sr formed a strontium silicate crystalline phase. With increasing levels of Sr in the composition, the overall crystallinity of the glass–ceramic increased, while, at the maximum substitution of 100% SrO, macroscopic phase separation was observed, characterised by needle-like crystals of strontium apatite (Sr5(PO4)3OH) and strontium silicate (Sr2SiO4) phases in addition to amorphous regions. Dissolution experiments in Tris-buffered solution showed Sr successfully released into the media even though it existed as a crystalline phase in the glass–ceramic. Further, the glass–ceramics induced nucleation and growth of carbonated hydroxyapatite (HA) on their surface suggesting potential bioactivity of the materials. At higher substitutions (75 and 100% SrO for CaO), HA nucleation was not found to occur this may have been due to low amount of phosphate released from the original glass–ceramic as a result of it being locked up in the strontium apatite phase. 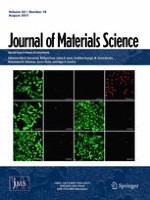 In Honour of Larry Hench