In this paper, the single-step solvothermal method was proposed to grow directly Cu2ZnSn (SxSe1−x)4 (CZTSSe) thin films on FTO substrates. The composition ‘x’ was varied by changing the molar ratios of thiourea to selenourea in the precursor solutions. The effects of the molar ratios of thiourea to selenourea on the structure, morphology and optical properties of CZTSSe thin films were investigated by X-ray diffraction, Raman spectroscopy, scanning electronic microscopy, energy dispersive spectrometry and UV–Vis spectrophotometry. The results indicated that CZTSSe thin films are composed of a large number of uniform sphere-like particles, and the diameter of particles varies from 600 to 280 nm when the molar ratios is changed from 1 to 0. The major XRD diffraction peaks shift towards lower diffraction angles, the Raman peak position of A1 mode of CZTSSe thin films moves consecutively towards the lower frequency due to the S replacement by Se. CZTS and CZTSe thin films are single kesterite structure, however, CZTSSe thin films are mixture structure of kesterite and wurtzite. By varying the molar ratios of thiourea to selenourea in the precursor solution, the atom ratios of S/Se in CZTSSe NCs thin films can be well controlled over the whole range, resulting in tunable optical band gap from 1.54 to 1.38 eV. 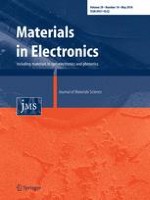