List-based workflow scheduling has received much research attention and been implemented in many existing workflow computing systems as more and more scientific and engineering applications need to exploit task parallelism for performance improvement. In this paper, we propose two task-ranking mechanisms and one task allocation method for the two major steps in list-based workflow scheduling. The proposed task-ranking approaches are based on innovative ideas of remaining workload and hybrid ranking, in contrast to the single path-oriented concept widely used in existing methods. The investigation of task allocation points out an important aspect, amount of available resources, which was not considered seriously in previous research. The proposed approaches were evaluated extensively with a series of simulation experiments and compared to existing widely used task-ranking and allocation methods. The experimental results show that our approaches has potential to outperform existing methods significantly in many cases, but no one single method can always achieve the best performance, which indicates a promising direction for future research work. 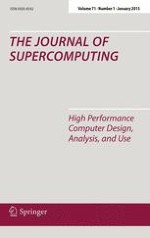