Silica nanoparticles suspended in an organic solvent (nanosuspension) have been imaged and characterized via terahertz nanoscanning reconstructive three-dimension (3D) imaging technique. The size of individual silica nanoparticles in the suspension was quantified. In addition, the presence of nanoclusters along with their distribution in the suspension was visualized in 3D. It has also been qualitatively demonstrated that the volume fraction of solvent is significantly higher than that of the silica nanoparticles; an observation consistent with the composition of the nanosuspension in the present investigation. The measured size range of individual nanoparticles was found to be 10–12 nm, while the manufacturer’s specification indicates a nanoparticle size distribution in the range of 10 to 15 nm. However, a typical nanocluster size was determined to be 17.5 nm, thus indicating the presence of nanoparticles less than 10 nm. The nanometrology instrument used in this investigation was based on a dendrimer dipole excitation-based continuous wave terahertz source generating > 200 mW stable terahertz power. 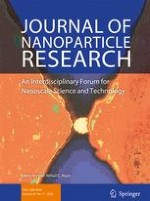 First-principles investigation on the interlayer doping of SnSe2 bilayer