This article explores the understudied and undertheorized role that fiscal policies play in shaping the relationship between the state and sex workers. It highlights the importance of looking at tax policy and its implementation to understand how inequality is reinforced against sexually marginalized populations. Drawing on the Italian case, it explores the ways in which ambiguous taxation arrangements operate to penalize sex workers, excluding them from the status of full taxpayer citizenship, and demonizing them as individuals who exploit the fiscal system at the expense of “good” tax-paying citizens. Fiscal policies, I argue, need to be considered in the context of the governance of prostitution as social mechanisms that have the potential to contribute to the sexual and economic citizenship of this marginalized population, but which, when unequal and ambiguous, reinforce the social and political liminality of sex workers as lesser citizens, and add to the stigma, damaging stereotypes and violence already waged against them. The complex ways in which inequality against sex workers is maintained is revealed as a dynamic process that reflects the ever-shifting interplay of economics and morality.

Titel
The Ambiguous Taxation of Prostitution: the Role of Fiscal Arrangements in Hindering the Sexual and Economic Citizenship of Sex Workers
Autor:
Isabel Crowhurst 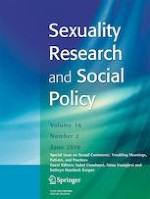 Elite Prostitution in Bulgaria: Experiences and Practices of Brokers

Ward, Eilís and Gillian Wylie (eds.), Feminism, Prostitution and the State. The Politics of Neo-Abolitionism

Intimate Labour and the State: Contrasting Policy Discourses with the Working Experiences of Indoor Sex Workers