Today’s interconnected economy is dependent on petroleum products as a principal component of the energy mix and a critical element in global infrastructures. With the escalating demand for oil and natural gas, the world relies heavily on maritime transportation to move 62 % of world trade on fixed routes. The Persian Gulf countries are crucial because about 88 % of oil exports pass through the Strait of Hormuz. The Strait is strategically located between Iran and Oman, where 20 million barrels of crude oil per day is carried by supertankers. These shipments account for 40 % of seaborne oil traded worldwide. According to the Energy Information Administration, due to increasing demand this region will require 2.5 times more tankers than are in existence today to meet demand by 2025. Nevertheless, the persistent, expanding, and increasingly sophisticated physical attacks against maritime transportation present an alarming pattern. The focus of this article is three fold. First, to explain major transnational threats within the context of piracy and terrorism. Second, to present the costs and the economic impacts of piracy and terrorism on international trade. Third, to point out the main contributing factors involved in the increase in the number of attacks on maritime petroleum transportation vessels. Given the strategic importance of the Persian Gulf countries, due to their petroleum contributions to the world, this paper focuses on the maritime flows of petroleum from this region through navigation courses to Asia, the United States, and Europe. 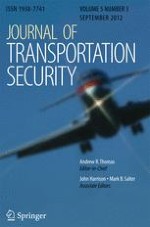 Airports at risk: the impact of information sources on security decisions

A tale of two cities