The effects of terrorism on economic performance: the case of Islamic State in Iraq and Syria (ISIS) | springerprofessional.de Skip to main content
TOOLBAR 1 2 3 4
SUCHE MENÜ 1 2 3 4

This study evaluates the impact of terrorism on economic performance in Islamic States of Iraq and Syria (ISIS) from the year 2004 to 2013. Study applied the economics of crime monitoring model by Ruiz Estrada and Ndoma (J Policy Model 36:867–882, 2014) for analysis. The application of the model for ISIS has five phases (a) the total terrorism frequency rate (β) (b) the national terrorism vulnerability rate (µT) (c) the terrorism devastation magnitude rate (λ) (d) the economic desgrowth rate ( δ ) (e) the terrorism vulnerability surface. The results of study conclude that terrorism has badly affected the economic performance of ISIS during the study period. Instead of direct fighting against the terrorist group in ISIS, the developed world especially the Europe and United States of America may review the terrorism policy about these economies and may eradicates the terrorism by reducing poverty, religious discrimination and inequality to increase the opportunity cost of terrorism. 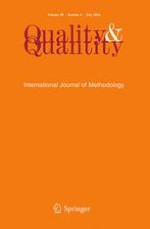 Military expenditures and economic growth: allowing structural breaks in time series analysis in the case of India and Pakistan