The MetaCoq project aims to provide a certified meta-programming environment in Coq. It builds on Template-Coq, a plugin for Coq originally implemented by Malecha (Extensible proof engineering in intensional type theory, Harvard University, http://​gmalecha.​github.​io/​publication/​2015/​02/​01/​extensible-proof-engineering-in-intensional-type-theory.​html, 2014), which provided a reifier for Coq terms and global declarations, as represented in the Coq kernel, as well as a denotation command. Recently, it was used in the CertiCoq certified compiler project (Anand et al., in: CoqPL, Paris, France, http://​conf.​researchr.​org/​event/​CoqPL-2017/​main-certicoq-a-verified-compiler-for-coq, 2017), as its front-end language, to derive parametricity properties (Anand and Morrisett, in: CoqPL’18, Los Angeles, CA, USA, 2018). However, the syntax lacked semantics, be it typing semantics or operational semantics, which should reflect, as formal specifications in Coq, the semantics of Coq ’s type theory itself. The tool was also rather bare bones, providing only rudimentary quoting and unquoting commands. We generalize it to handle the entire polymorphic calculus of cumulative inductive constructions, as implemented by Coq, including the kernel’s declaration structures for definitions and inductives, and implement a monad for general manipulation of Coq ’s logical environment. We demonstrate how this setup allows Coq users to define many kinds of general purpose plugins, whose correctness can be readily proved in the system itself, and that can be run efficiently after extraction. We give a few examples of implemented plugins, including a parametricity translation and a certified extraction to call-by-value \(\lambda \)-calculus. We also advocate the use of MetaCoq as a foundation for higher-level tools. 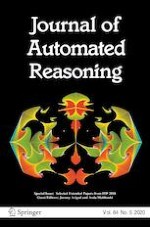