This paper considers the numerical approximation for the optimal supporting position and related optimal control of a catalytic reaction system with some control and state constraints, which is governed by a nonlinear partial differential equations with given initial and boundary conditions. By the Galerkin finite element method, the original problem is projected into a semi-discrete optimal control problem governed by a system of ordinary differential equations. Then the control parameterization method is applied to approximate the control and reduce the original system to an optimal parameter selection problem, in which both the position and related control are taken as decision variables to be optimized. This problem can be solved as a nonlinear optimization problem by a particle swarm optimization algorithm. The numerical simulations are given to illustrate the effectiveness of the proposed numerical approximation method. 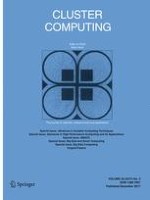 The computation of boundary spanning for the IT-enabled commercial ecosystem