The Palaearctic steppes range from the Mediterranean basin towards China, forming one of the largest continuous terrestrial biomes. The literature on steppe ecology and conservation is vast but scattered and often not available in English. We provide a review of some key topics based on a new definition of steppes, which includes also Mediterranean steppes and alpine rangelands of the Asian Highlands. Revisiting the terrestrial ecoregions of the world, we estimate that the Palaearctic steppe biome extends over ca. 10.5 million km2. Major chorological regions differ in their macroclimatic niche with a clear distinction between Middle Asia with its winter precipitation and the Central Asian summer-rain regions of the Mongolian plateau and of Tibet. Steppe soils store large amounts of carbon, yet the sequestration potential is debated and depends on land use. Major physiognomic-ecological steppe types include forest-, typical-, desert-, and alpine-steppe, which vary in the importance of grasses, mainly C3 species. The steppes host a specialised fauna, and Middle Asia, Tibet, and especially Mongolia, have large herds of migrating ungulates. The share of pristine and protected sites is low in the steppe regions, with conversion into croplands being the most important land use impact in Europe, Middle Asia, and the Mediterranean, while grazing has a severe impact in some parts of Mongolia and Tibet. There are major gaps in our knowledge on: (1) the effects of climate change on the crucial seasonal patterns; (2) the role of steppe soils in the global carbon budget; and (3) the ecology and distribution of most animal groups except vertebrates. 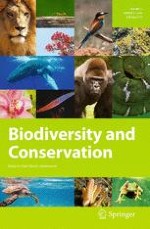 Phylogeographic patterns of steppe species in Eastern Central Europe: a review and the implications for conservation

Step(pe) up! Raising the profile of the Palaearctic natural grasslands