The technical efficiency performance of the higher education systems based on data envelopment analysis with an illustration for the Spanish case | springerprofessional.de Skip to main content
TOOLBAR 1 2 3 4
SUCHE MENÜ 1 2 3 4

It is important for policymakers and managers of higher education institutions knowing how well their universities are operating. This article aimed to show that data envelopment analysis (DEA) can be an excellent benchmarking instrument in higher education. First, by using several inputs and outputs at the institutional level, DEA can identify technically efficient institutions that may work as a benchmark in the sector becoming a reliable tool for ranking universities. Second, a bootstrapped–truncated regression allows us to understand the factors affecting technical efficiency of the institutions under evaluation. The case of Spanish public universities is taken as an example to verify the usefulness of the proposed methods. Our empirical strategy was based on a two-stage procedure to evaluate their internal efficiency in the provision of teaching and research. In the first stage, we estimated a technical efficiency score for each university. The average efficiency among Spanish universities was about 92%. In the second stage, we regressed the efficiency scores against a set of covariates to investigate their association with the level of university (in)efficiency. We found that universities with a higher percentage of grantees tend to be less inefficient, and a higher percentage of academics with tenure enhances the productive efficiency of the Spanish higher education sector. Finally, we computed Spearman’s rank correlations between DEA efficiency scores and the classification of Spanish institutions in university rankings such as the SCImago and Shanghai rankings. The results revealed that the ranking positions given by DEA scores to Spanish universities matched their positions in recognized rankings.

Titel
The technical efficiency performance of the higher education systems based on data envelopment analysis with an illustration for the Spanish case
Autor:
Manuel Salas-Velasco 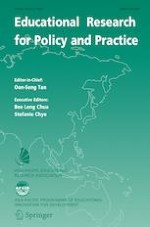 The contribution of reading emotions to reading comprehension: the mediating effect of reading engagement using a structural equation modeling approach