Much of the recent empirical IO research has been conducted in the context of relatively mature, stable (often consumer packaged goods) markets. In these markets, consumer preferences and competitive interaction are often characterized by relatively stable patterns over time. In contrast, modeling and estimating analogous patterns in rapidly changing technology-intensive industries, where brand preferences and technology evolve rapidly, can be challenging. Our primary objective in this research is to build on recent developments in econometric estimation and modeling to assess the time-varying shifts in consumer brand preferences in a rapidly changing technology industry. In doing so, we document an interesting technological conundrum—technological advancement can often lead to commoditization. In the Personal Computer (PC) market, this began with differentiation that was initially central to success in a market that has been increasingly commoditized over time. Methodologically, we adopt a factor-analytic approach to model and estimate the evolution of consumer brand preferences over time. 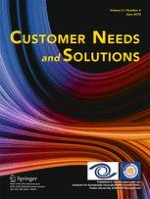 JB Steenkamp on the Success of Marketing Scholarship in Netherlands